The greed of those who created this event 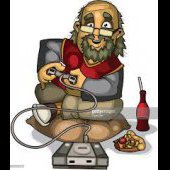 By 4tim,
December 26, 2020 in General Discussion of Fishing Planet