What is needed is a unpredictability factor! 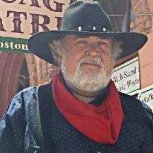