How do you practice for Competitions & Tournaments? 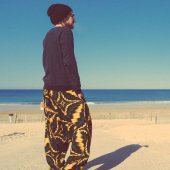 By mitderplatte,
June 26, 2018 in General discussion